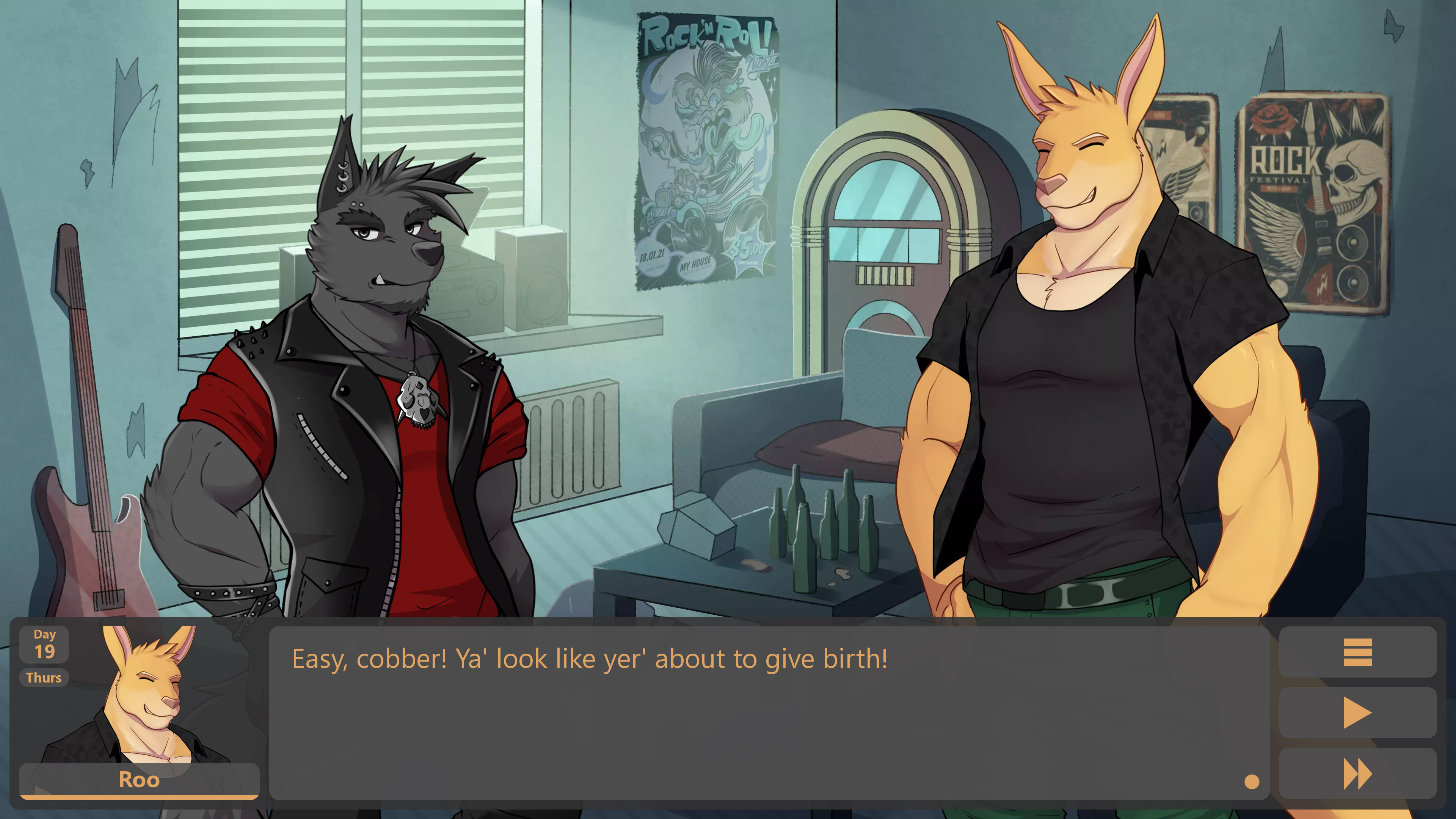 The September Sileo Update is now available to download.

Unfortunately, like last month, we'll be starting the month with a quality update. This is to say that this update is identical content-wise to the last one. I won't bore you with the details, but some real-life challenges have left us behind schedule on these releases and we're currently hard at work trying to get everything back on track so that next month will see things back to normal. With that said, however, a number of quite wonderful fixes and improvements have been made since our last update, so we're making those all available to you now!

Most notably, the uncommon issue where a character portrait would incorrectly appear during transitions should no longer be an issue! Besides that, we've fixed the final stage of Tai's day 11 sex scene showing the incorrect artwork when animations are disabled/in the browser-based version, fixed an issue with the gallery introduced in the last update as well as the unlock conditions for the 'Logan Drenched' illustration, applied our new method of slow transitions to the evening -> night transition on Tai Day 16, realigned and repositioned most of the character portraits to be more consistent, fixed some alignment issues on Spencer's sprite, improved the appearance of Dom's reflections when standing in water, and more besides.

It goes without saying that we recommend updating to this build if you're planning on playing any of the existing content between now and the next content update.

Thanks for being patient with us!

Changelog:
• Workaround for the "Phantom Portrait" bug where a character would appear in the character portrait box in-between lines of dialogue where transition effects were taking place.
• Fixed the final stage of Tai's day 11 sex scene showing the incorrect artwork when animations are disabled/in the browser-based version.
• Fixed an issue where the 'animated sequences' warning message seen in the Bonus Materials menu would replace the 'Jukebox' button upon returning to the gallery main menu.
• Fixes incorrect unlock conditions for the 'Logan Drenched' illustration.
• Applies the new method of gradual scene transitions to the evening -> night shift in 19x10.
• Corrects the license shown for DanOSongs in the Jukebox.
• Fixes a number of small alignment-related issues with Spencer's sprite.
• Fixed a positioning issue with Dom's sprite at the hot springs on Day 14.
• Improved the appearance of Dom's reflections when standing in water.
• Fixed a missing silhouette for Logan during the evening of Day 14.
• Fixed another persistent write conflict issue, this time triggered by opening the menu in-game.
• Minor improvement to a line of dialogue in 19x5.
• Updates and improvements to how character portraits are displayed and how characters are defined internally.
• Other misc fixes and improvements.

why does tai have more days than diego :(